For lack of knowing what exactly to write about today but wanting to write something….I’m going to fill y’all in on what we've been up to the past week.
On St. Patrick’s Day, Daniel and I were working from home.  Hadleigh had to get one of her ear tubes removed that morning, so we had to take her to the surgery facility to be put under anesthesia.  She was a trooper!  She was a little grumpy after the procedure and complained about her ears hurting only until about lunch.  Promises of Chick-Fil-A perked this girl right up {my daughter through and through}J  All three girls were sporting their green though! 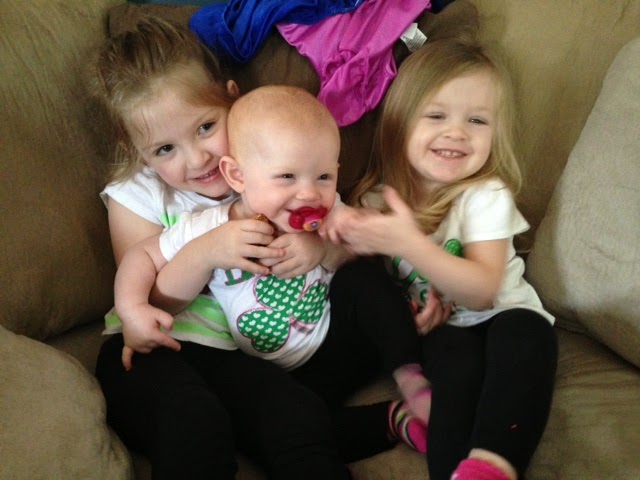 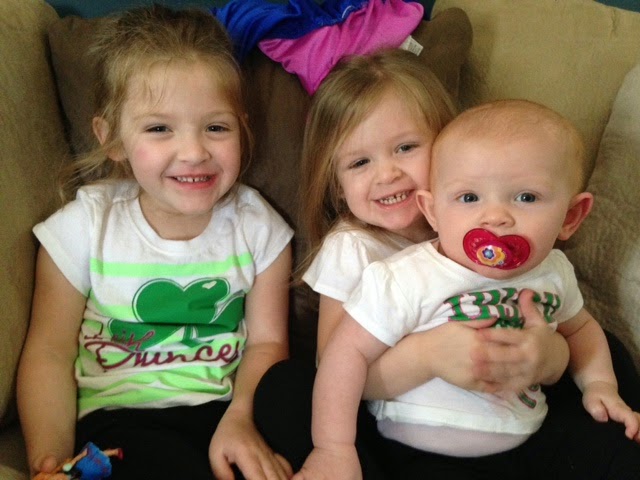 Friday Hadleigh came home with a flower in hand from school. Her “friend” Whitman had brought two in for show and share, but then decided to give it to Hadleigh before he left for the day.  Those two.  They are nap-time buddies because Whitman’s parents and Daniel & I refuse to let them go to sleep during that time.  Bedtime would be horrible for us! So, they hang out for two hours every day just the two of them.  Hadleigh gets super shy when Whit gets brought up in conversation, but she enjoys his friendship! 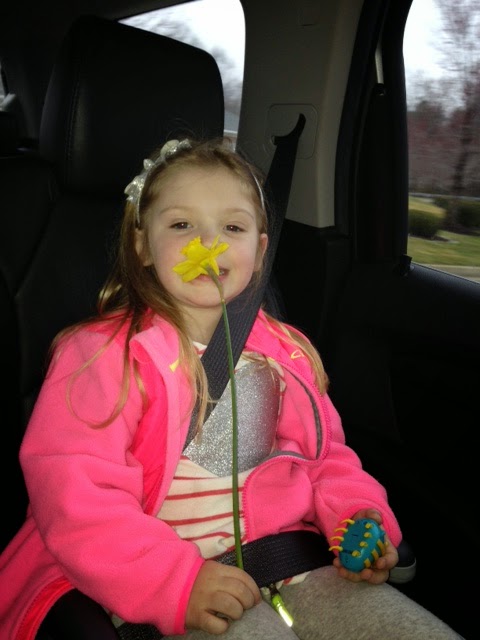 Saturday I took Hadleigh & Hayden out to lunch and then we met my mom to see Cinderella.  It was a cute movie and the girls really liked it.   They loved the Frozen Fever at the beginning and were dressed appropriately in their Elsa dresses!  I honestly thought the movie was a little drawn out (especially for little ones).  Overall it was a really good movie though. 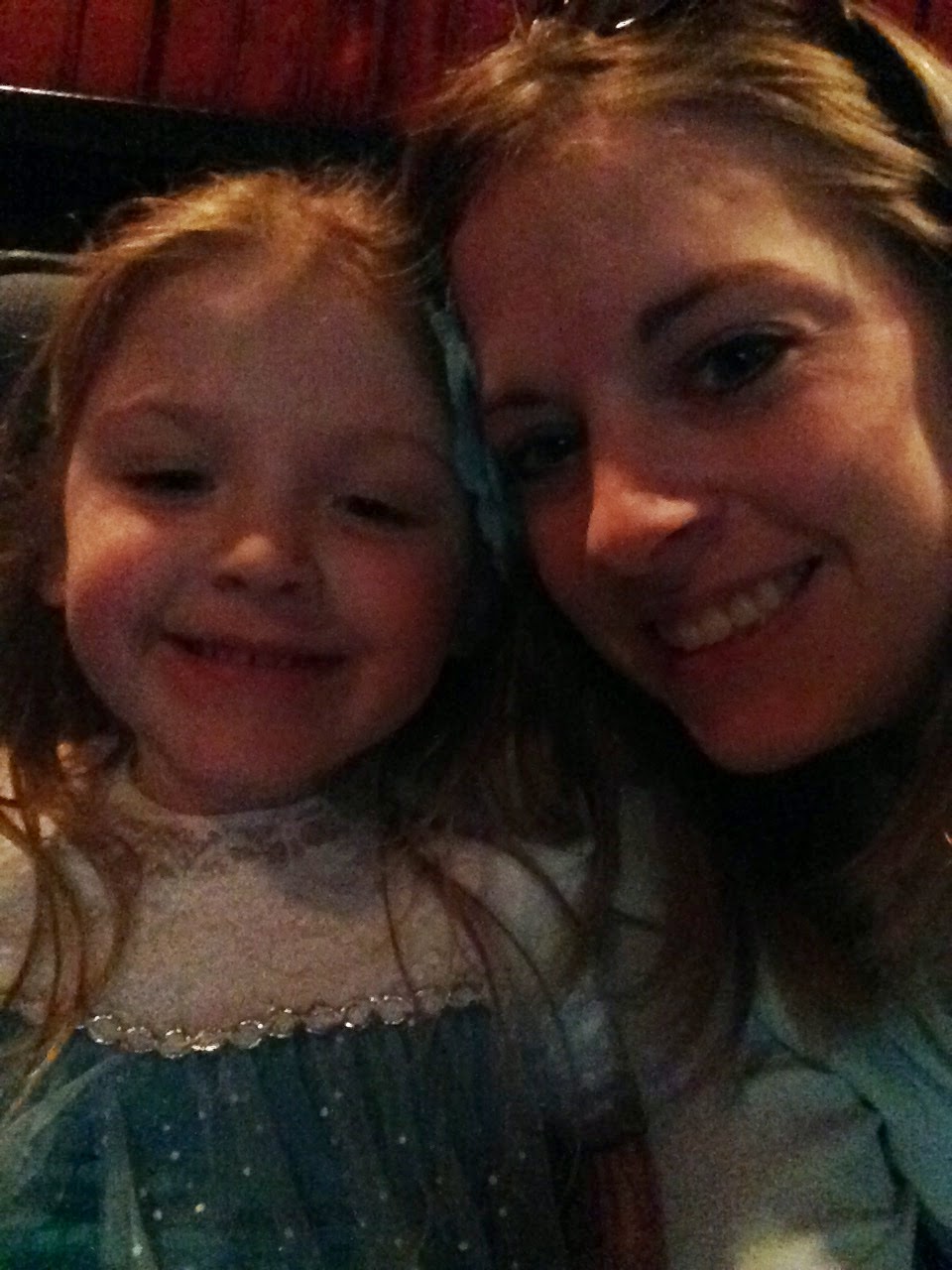 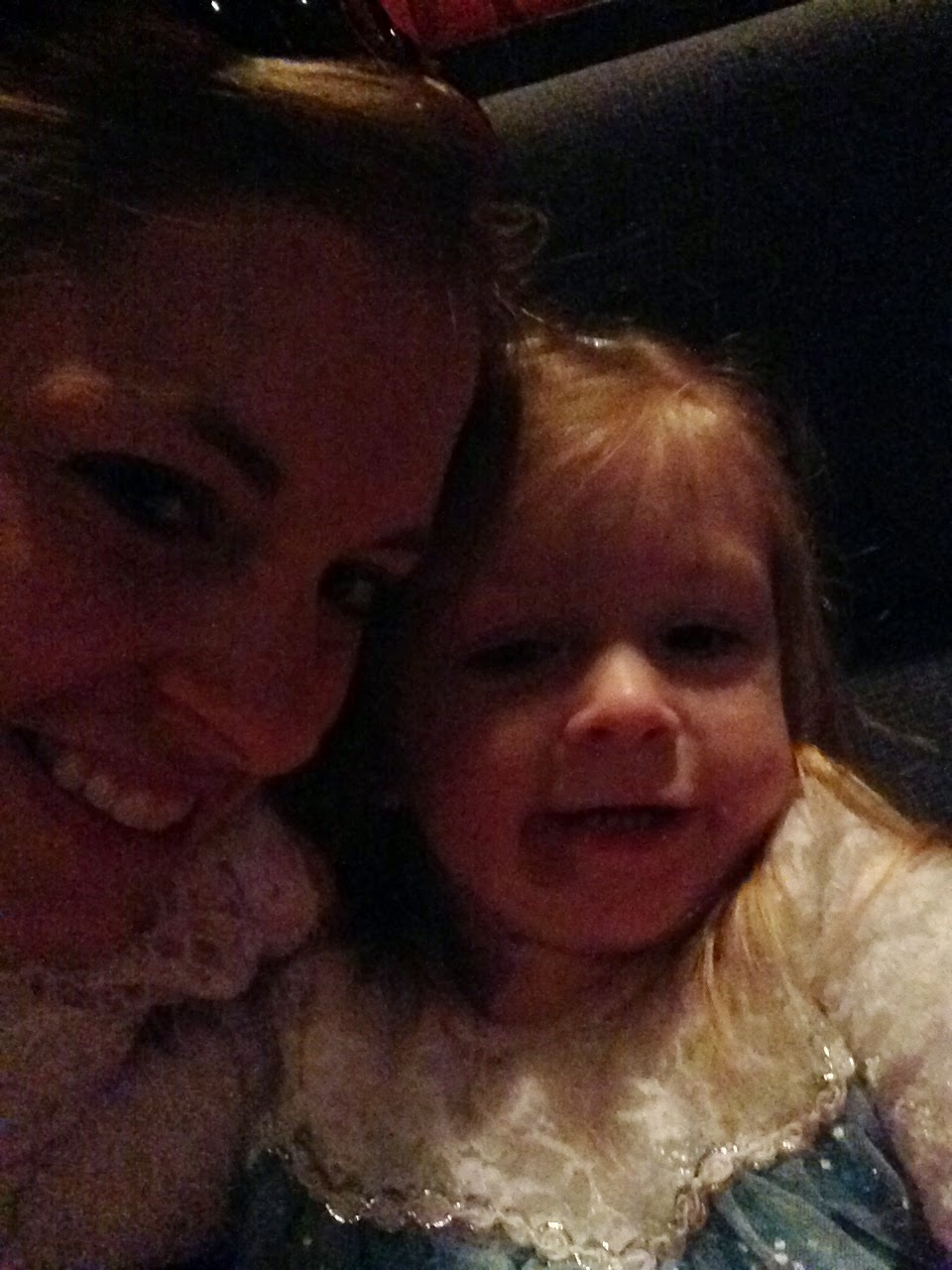 Sunday we played around the house and cleaned some.  Then we went to my parents for dinner.  The girls were pooped and all 3 fell asleep on the way home – which hardly ever happens! 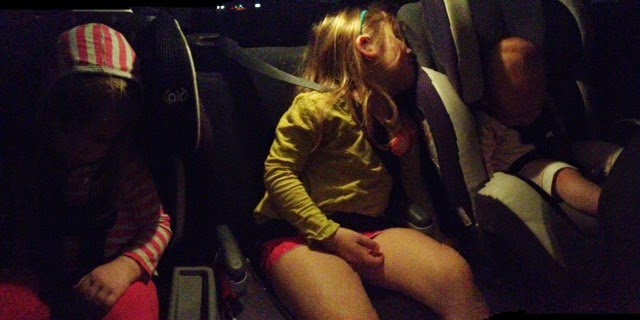