Last Saturday was really nice, so we decided to take Hadleigh to Wayside Park right down the road from our new house. I packed up some lunch for all three (well....four) of us and we headed to the park. It was big - with lots of open grass, a big playground for the kids, and several picnic tables. The Hanover Veterans Memorial is actually housed there as well. I had packed a blanket, so we sat on the grass and ate our lunch. Hadleigh actually ate her lunch without getting preoccupied by the playground and other kids running around. 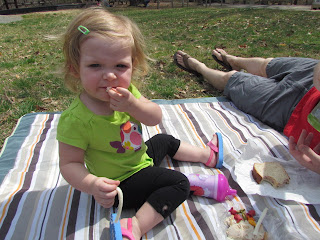 After we finished eating, we let her loose in the playground. She loved running around pointing at everything. She went down the slides a few times, but she defin 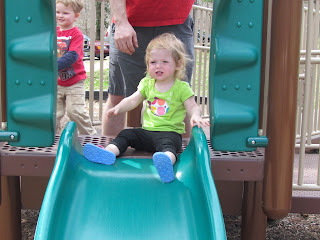 itely gravitates to the swings. 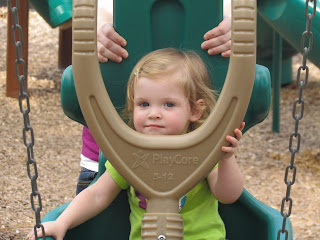 She loves them. We can't wait to get a playground in our new backyard for her to enjoy this Spring and Summer. 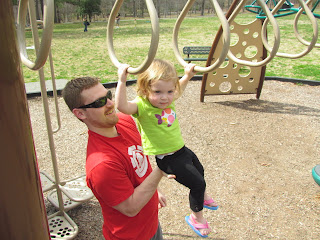 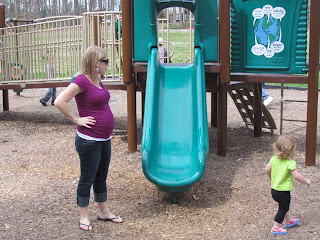 Yes, I decided to sneak in a peak of the baby bump :) There won't be too many more of those posted!
Posted by Unknown at 9:35 AM No comments:

We had both families over our house for dinner Wednesday 3.7.12 to reveal what we are having. it's fun getting everyone together - especially when there's a big announcement :) I made spaghetti - something easy that feeds lots. Before everyone came over, I stopped off at William's Bakery to get a cake (to make things fun when we revealed what we were having). The kids all had fun playing before we ate dinner. Here is a picture of Hadleigh and Erik coloring and watching TV. 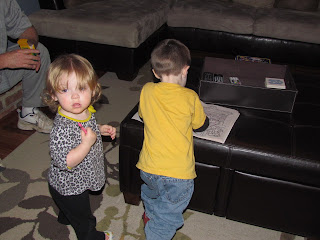 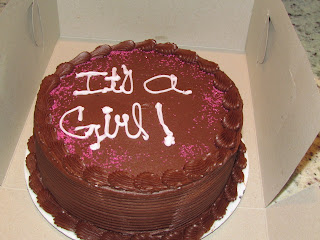 Hadleigh's going to be getting a little sister!

We are thrilled to add another girl to the family! Daniel and I didn't have a feeling one way or the other, but we were still a little surprised when the ultrasound tech told us girl. :)


Her heart rate was 165bpm I believe (I'm having a memory block right now...ahh!). She was measuring above average in all - they said usually at this time babies weigh about 10.5 ounces and she is weighing about 12 ounces. All fingers and toes were there for us to see, so 99% of things checked out like textbook.

We do have to go back in for another ultrasound at 28weeks to check some cysts in her brain. I believe the technical term is Isolated Choroid Plexus Cyst. Hadleigh had the exact same thing which was interesting to us, since it says only 1-3% of pregnancies this happens. Anyway, as long as all the measurements and growth of the baby are normal, they really don't worry about these cysts as they go away by 28 weeks. I'm a little worried, but since Hadleigh showed the same cysts at this time - it's not consuming my thoughts. I'll just overshadow any worry with it's a reason to see our precious babygirl again.

Mama, Dada, and big sister Hadleigh cannot wait to meet you!! <3
Posted by Unknown at 4:02 PM No comments:

Hadleigh is so fun these days. She "talks" all the time even though we have no clue what she's saying most of the time. She is VERY independent and likes to do everything on her own - with no help. I love that quality about her, but at the same time it's very frustrating sometimes :) She's really enjoying the new house - with her playroom all set-up and the big yard she can run around in. She likes walking with Daniel to the end of the driveway to get the mail.

Here are some recent pictures of our little sunshine:) 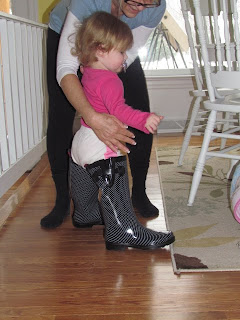 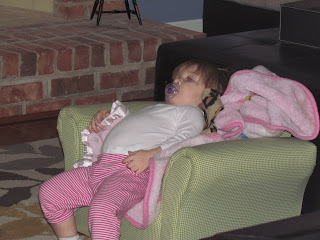 Silly girl...this is how we found her watching TV after dinner one night 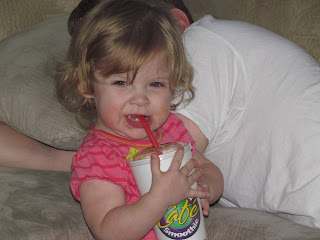 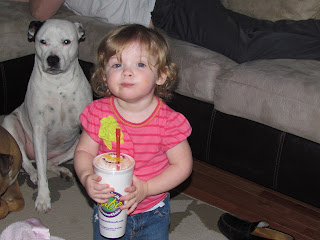 I've been loving Tropical Smoothie this pregnancy, and so has Hadleigh. Miss independent has to drink it all on her own, and then mama doesn't get her cup back! 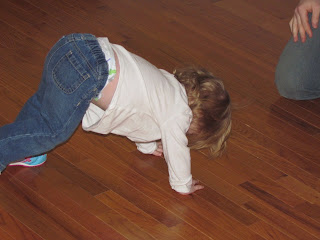 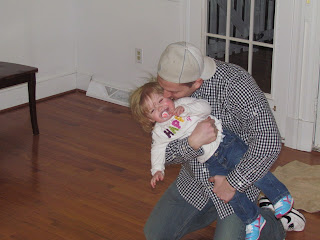 Hadleigh and Dada playing in our empty sunken sitting room
Posted by Unknown at 3:26 PM No comments: