The VA State Fair was in town last week, so we took Wednesday evening to head out there.  Hadleigh was really excited to go and told me when I picked her up from school that she, Hayden, and I were all wearing our cowboy boots.  Nene & Baba had bought the girls some pink cowboy boots a few days earlier, and Hadleigh is obsessed.  She then told me daddy needed to wear his, but I said “He doesn’t have any.” Hadleigh replied with “That’s ok. Baba will get him some.” Haha

The girls all got our cowboy boots on and were ready to head to the fair! We first stopped in the tent with all of the animals, so the girls could see pigs, chicks, cows, bunnies, and chickens.  Hadleigh wouldn’t touch anything at first because it was “gross”.  She did end up petting a bunny and a chicken. 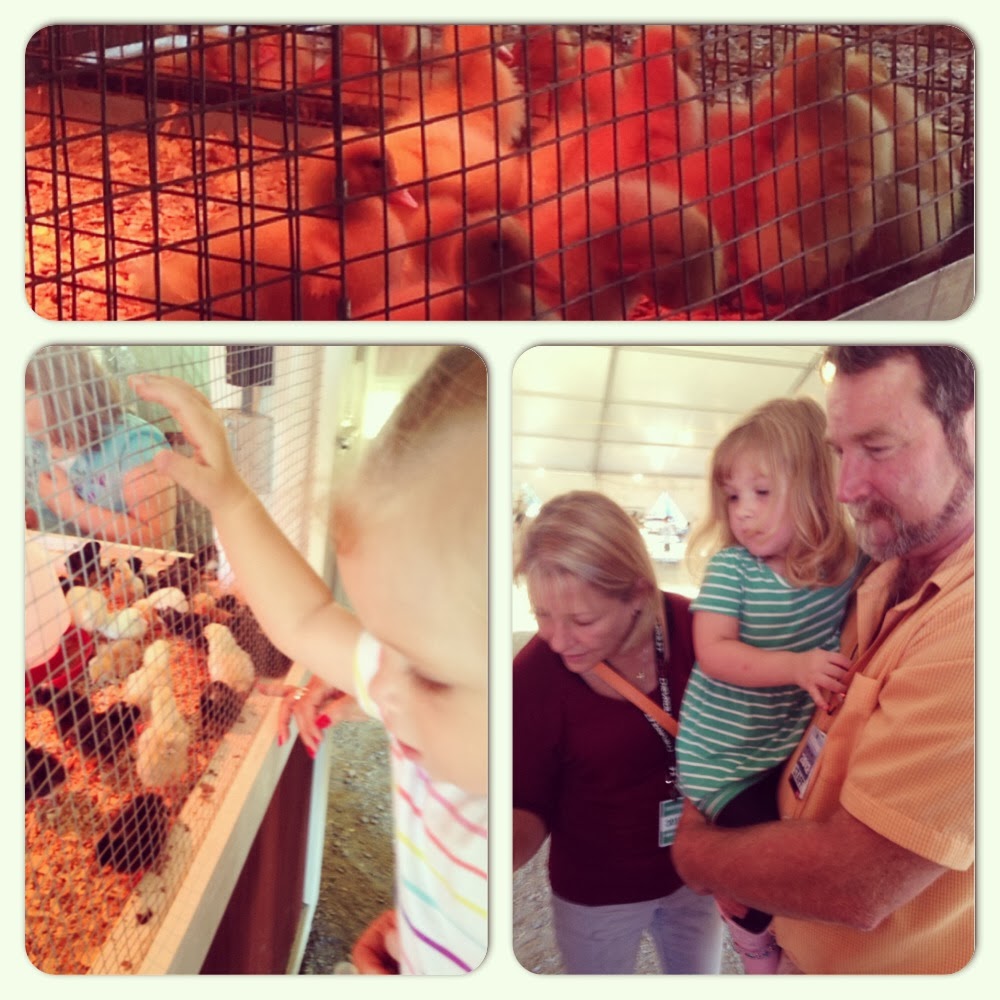 Next we headed to the kid area for some rides!  Hadleigh and Daniel rode Dumbo and went through both fun houses.  Hadleigh *loved* the fun houses.  I think her favorite part was the slide at the end.  Unfortunately, Hayden was too short to ride the rides, so she just hung out on the side with me.  Hayden grabbed for fish to win some prizes for her & Hadleigh.  She did the work for Hadleigh because, again, the water was “gross”.  She’s funny. 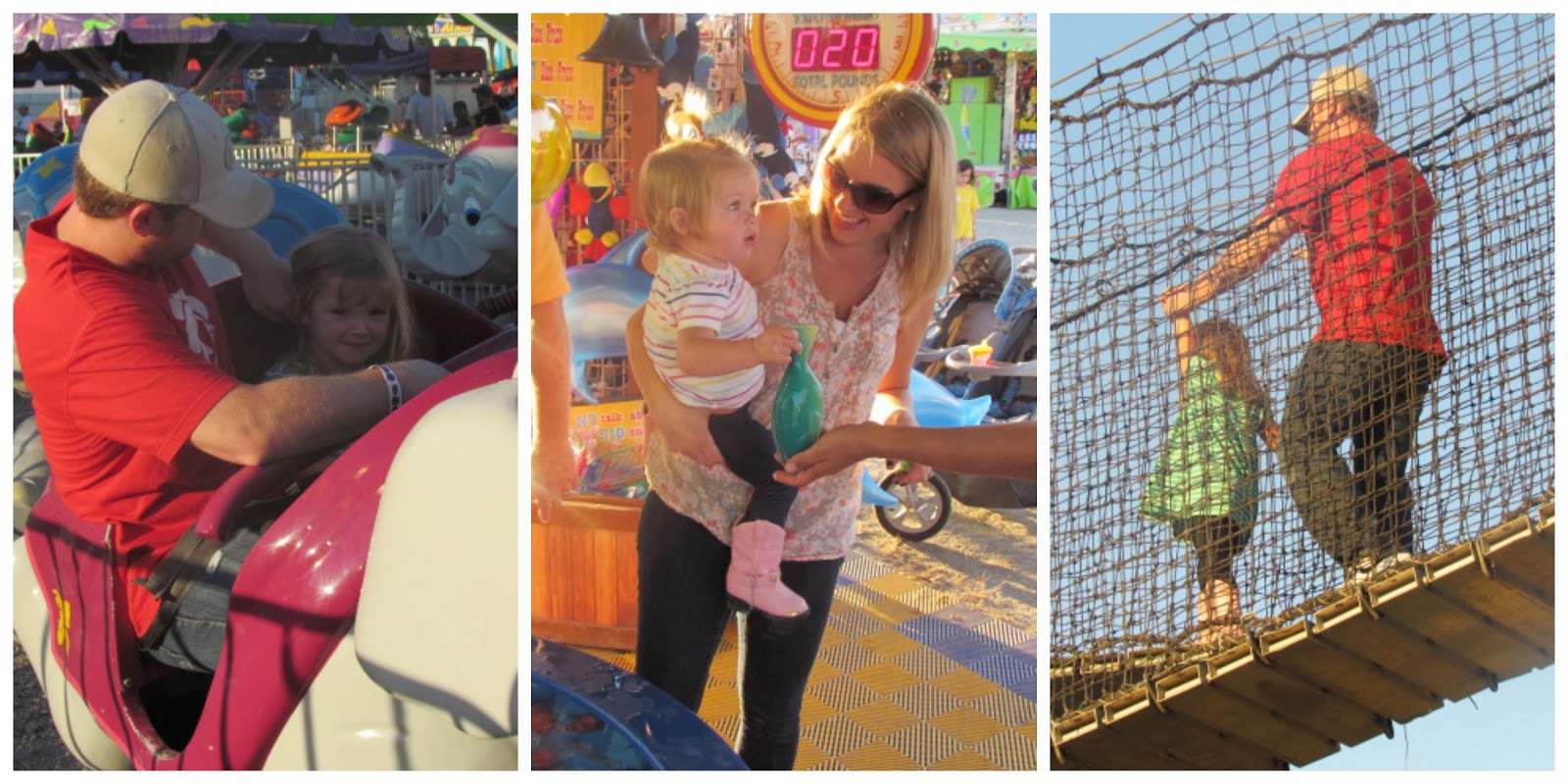 Then we watched the small circus they had which was really good.  They had camels, a belly dancer, a few other acts, and the motorcycles in the metal ball.  That was insane and so dangerous.  Afterwards, Baba bought the girls light sabers and they were so happy! 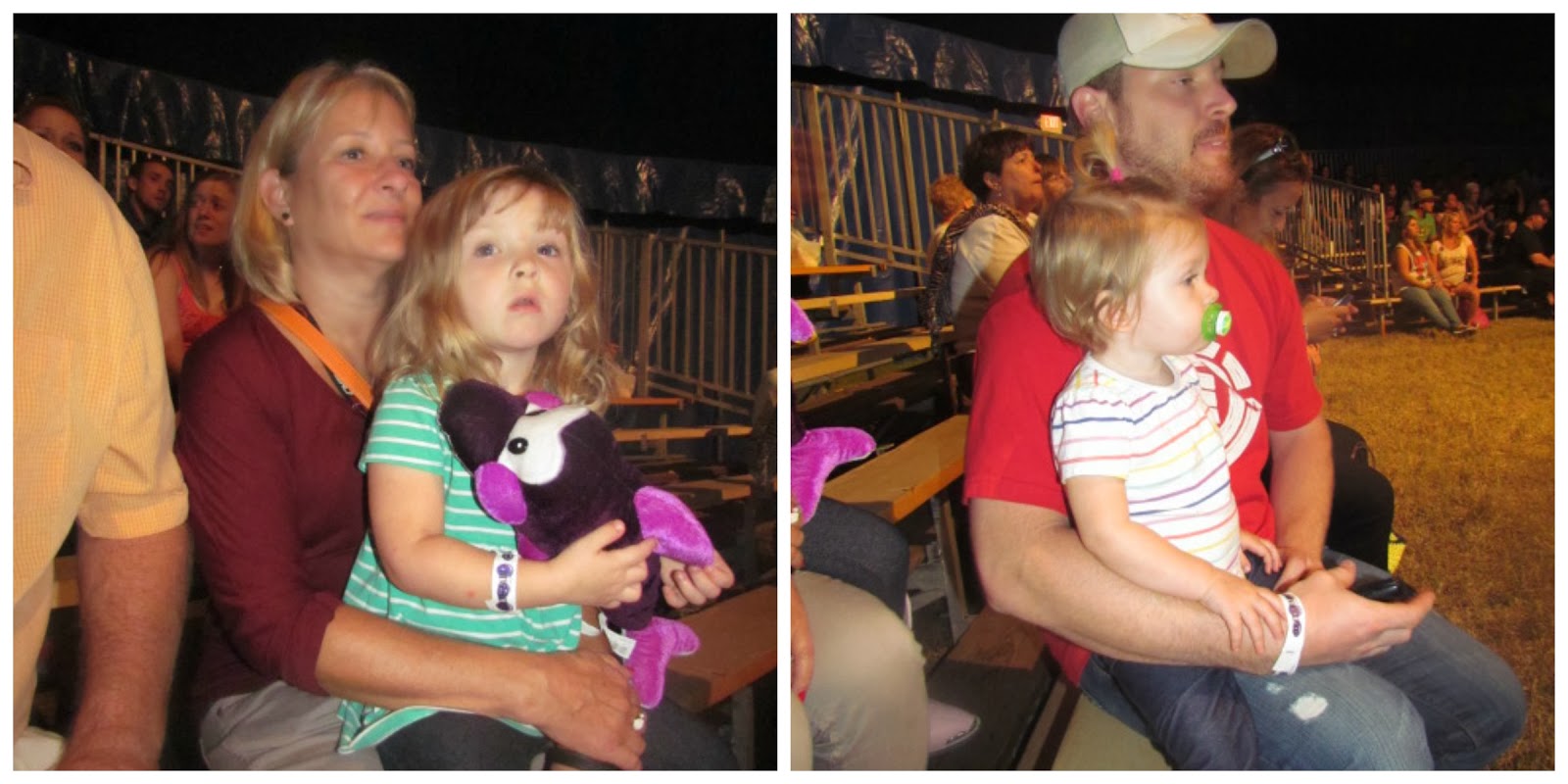 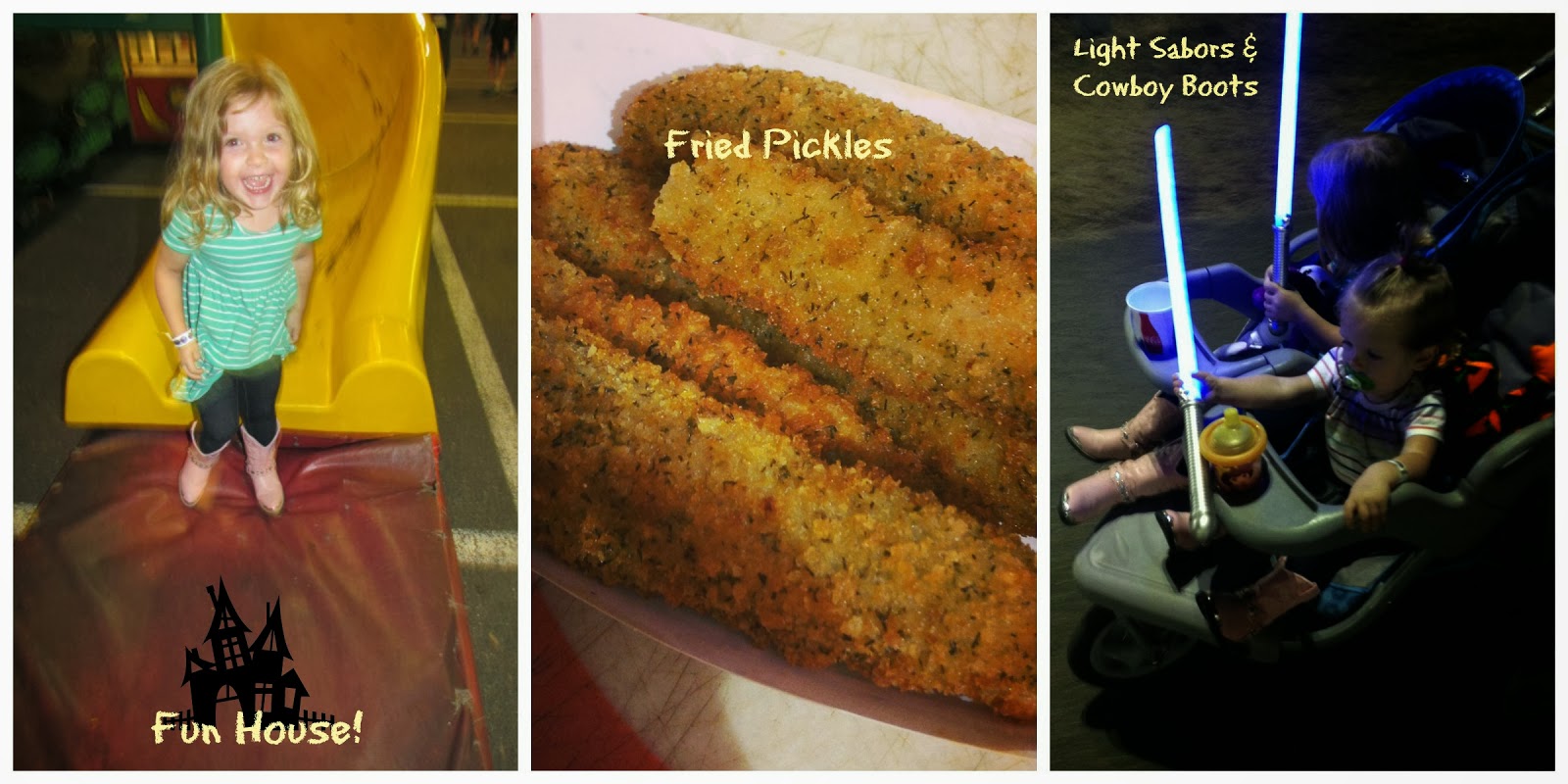 This year the fair was a success again! Can’t wait for next year!